I’m a sucker for fully-realised fantasy worlds. One of my favourite books is Islandia, an obscure, hyper-detailed creation of a pre-industrial society with its traditions, language, literature – like a cross between Tolkein and William Morris. Islandia comes, as you’d expect, with maps. It seems to me that the first rule of any proper imaginary world is that the reader should be able to map it.

I love these maps, for example, which the artist Mark Bennett has drawn up from old American TV shows and situation comedies. 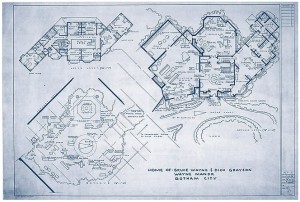 My favourite ‘literary’ maps are on the backs of the Dell mapbacks. These were a series of paperbacks produced in the states, all of which had an illustrative map on the back. I managed to pick up one while I was in Canada last year, but they are hard to find in the UK. 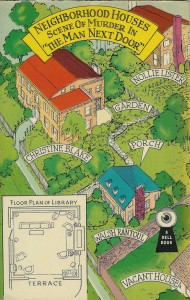 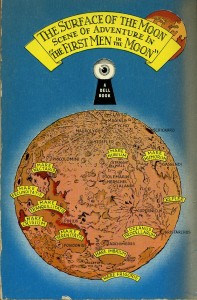 In Moby Dick, Ishmael says of Kokovoko, home of his companion Queequeg, ‘It is not down on any map; true places never are.’ Not on proper maps, maybe. But they are often mapped elsewhere.
As, indeed, is the case with Moby Dick itself. 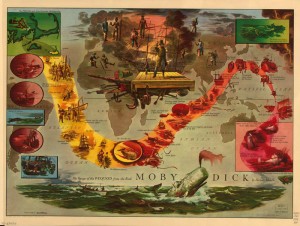 And here you can view an interactive map of the voyage of the Pequod and other famous travellers.