Well not lost. More mislaid. Or disused, to be precise. There are several of these on London’s Underground network (what my daughters used to call the ‘Undertrain’ when they were toddlers). According to the Independent, a guy has plans to open them up as bars or clubs, although the officials say rather tersely that ‘We have had extensive correspondence and previous meetings with Mr Chambers and he is aware of the impracticalities of his proposals.’ (underground-history.co.uk and abandonedstations.org.uk/ have collections of pictures.)

Even some existing, working stations have closed platforms and passageways. I came across this set of pictures from a disused passageway in Notting Hill Gate station. It was closed in the late 1950s, and the posters from that date are still on the walls. 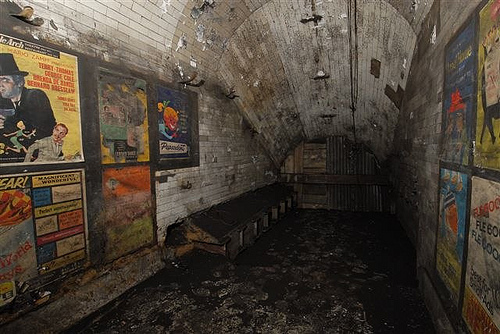