Happy Saint George’s Day! I mean, yes, he was actually a Turkish soldier under the Emperor Diocletian, who died in Syria. And, yes, all the myths about him are entirely spurious. But he’s our spuriously mythed-up Turkish soldier martyred under the Emperor Diocletian who died in Syria. (Well I say, ‘our’, he’s also the patron saint of Aragon, Catalonia, Ethiopia, Georgia, Greece, Lithuania, Palestine, Portugal, and Russia. Not to mention, the cities of  Beirut,  Ferrara, Freiburg, Genoa, Ljubljana, Gozo, Lod and Moscow. Among others.) 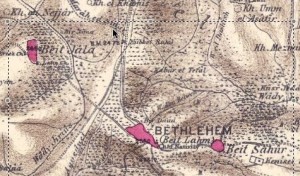 He was probably a soldier under the emperor Diocletian in the late third century. Tradition says he was born in Nicomedia (modern Izmit, in Turkey.) but there’s no real evidence for this. Given that the first places which venerated his memory were in Palestine – around the city of Diospolis, now Lydda or Lod, it’s probable that he was martyred there under the Diocletian persecutions. But anything else is myth. There’s a shrine in Beit Jala, near Bethlehem which is a place of pilgrimage for Jews, Christians and Muslims: it’s mentioned in William Dalrymple’s book From the Holy Mountain. The Jews associate the shrine with Elijah, the Christians with St George, whom the Muslims call Khidr, Arabic for ‘green’. He’s a multi-faith kind of bloke. And, as we have seen, a multi-ethnic patron saint. As Dalrymple writes:

The English may fondly believe that they have got their patron saint safely stashed away in St George’s Chapel in Windsor, but this will come as news to the nine monasteries on Mount Athos, the thirty-five other churches in Greece, the twenty-four churchs and monasteries on Crete and the Greek islands, the six churches on Cyprus, the fifteen churches in Egypt, the five churches in Israel and the West Bank, the citadel in Aleppo and the two monasteries in northern Iraq which also claim the honour of possessing part or all of the ubiquitous and clearly many-boned St George.

The whole thing about the dragon was a late mediaeval invention, it occurs in a book called The Golden Legend, written around 1260. It’s not clear how he became the patron saint of England, it’s probable that soldiers returning from the crusades brought back the stories. But his story was known about before that – a church of St George at Fordingham, Dorset, is mentioned during the time of Alfred the Great.

For all that, he’s nothing to do with England at all. But maybe that’s the point. Like so many things, St George shows the English talent for taking something strange, something undeniably foreign, and weaving it into their daily life. St George is the saint version of Chicken Tikka Masala: foreign in origin, but oh so magically English.