On my way back from speaking at a conference yesterday I had a chance to go and visit Bunhill Fields in London, the old, non-conformist graveyard just north of Moorgate. Step off the busy City Road, and the place has an eerie quiet and beauty.

In the centre there is the tomb of Bunyan, and opposite it a memorial to Daniel Defoe and the tombstone of William Blake. Blake’s tombstone doesn’t, in fact, mark his grave, which is unmarked and is some twenty metres away, by a tree. (For a detailed description of how to locate the bit of grass above Blake, go here.)

There are other famous people buried in the cemetery as well, although, sadly, the pathway gates are locked and I couldn’t get in. (Well I could, but there were too many people about to risk nipping over the top.) Susannah Wesley, John’s mum, is buried here. As is Isaac Watts, and the mathematician and minister Thomas Bayes.

Indeed, the whole area is awash with non-conformity and dissension. On the opposite side of City Road is John Wesley’s house and the Wesley Chapel. But if you head west, through the cemetery and across the little street that borders it on the west, you come to the Quaker gardens, formerly the burial plot of the Society of Friends in London. George Fox is buried somewhere here along with, as the plaque tells you, ‘some ninety other martyr friends who died in London prisons’. It is difficult now to conceive of the Quakers being a persecuted minority, but they were – as were many other non-conformist and dissenting groups. Bunyan spent much of his life in prison.

I thought of some words from the second part of Pilgrim’s Progress, which always seemed beautiful to me: ‘When the time was come for them to depart, they went up to the brink of the river. The last words of Mr. Despondency were, Farewell, night; welcome, day! His daughter went through the river singing, but none could understand what she said.’ 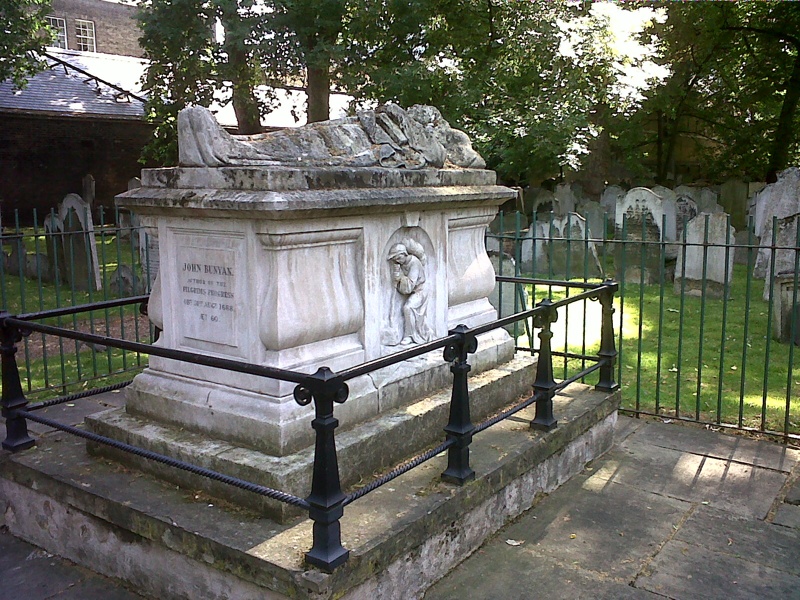 The tomb of John Bunyan 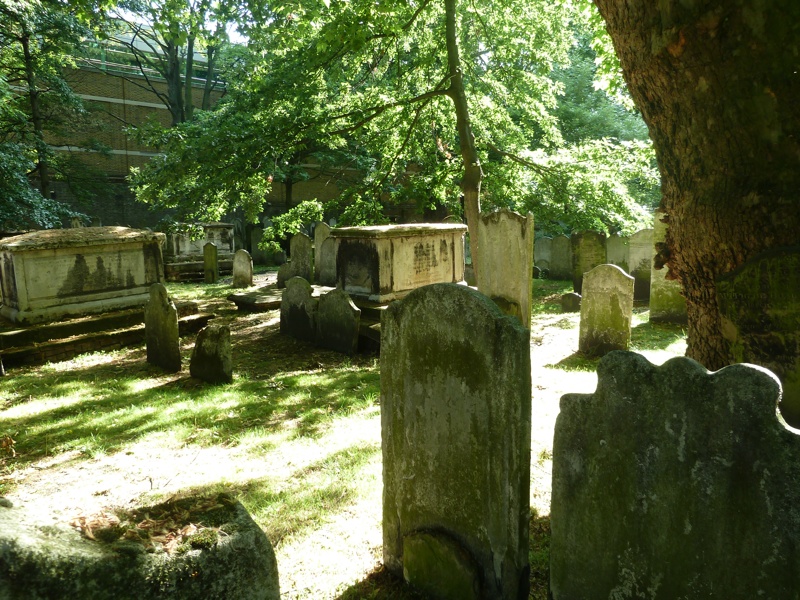 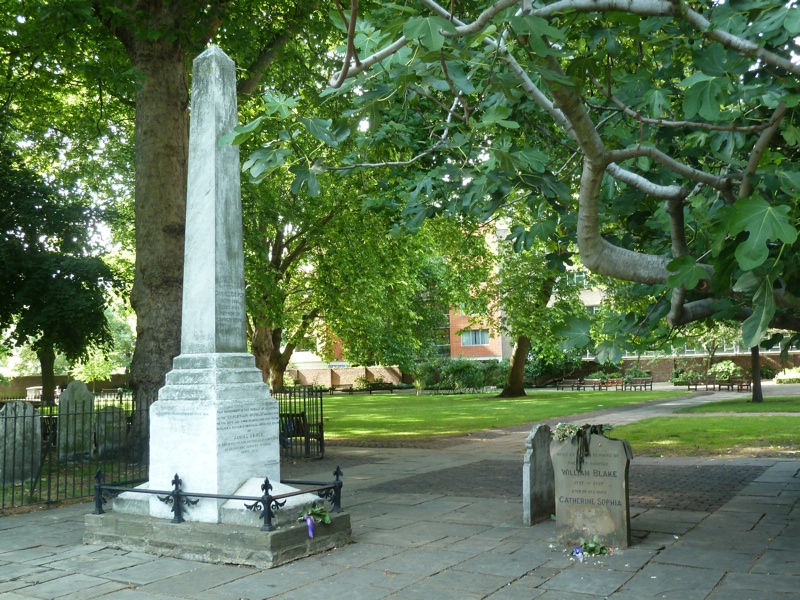 Defoe's monument and Blake's gravestone. (Blake's grave is actually near the tree on the far left) 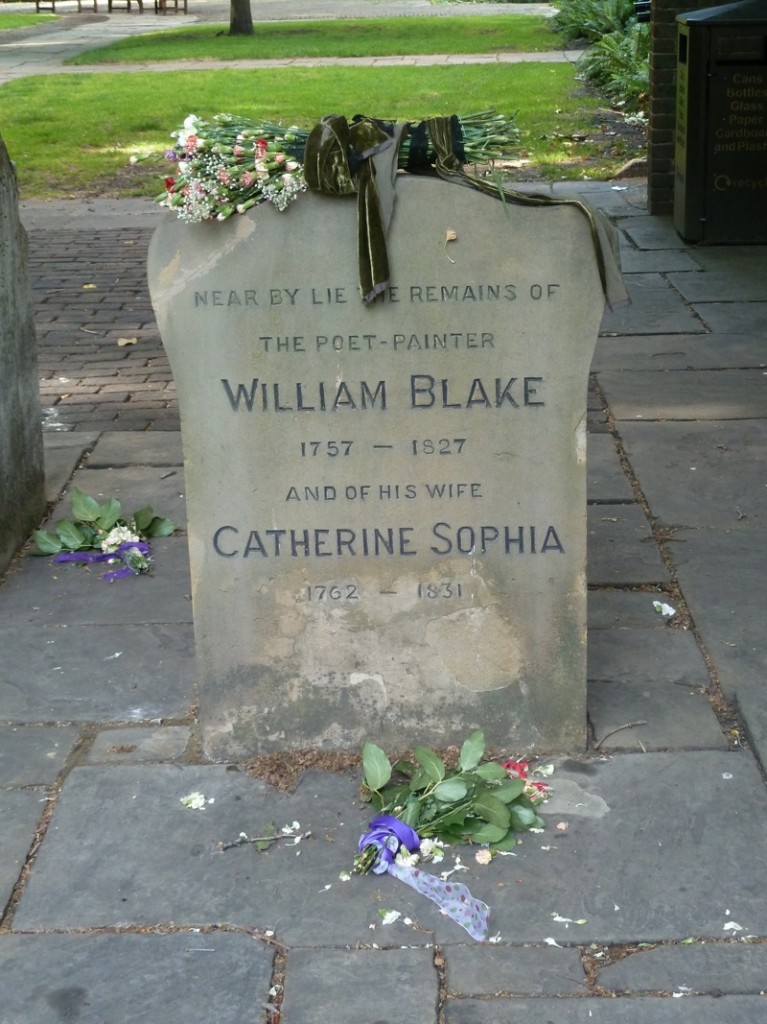 The gravestone of William Blake and his wife 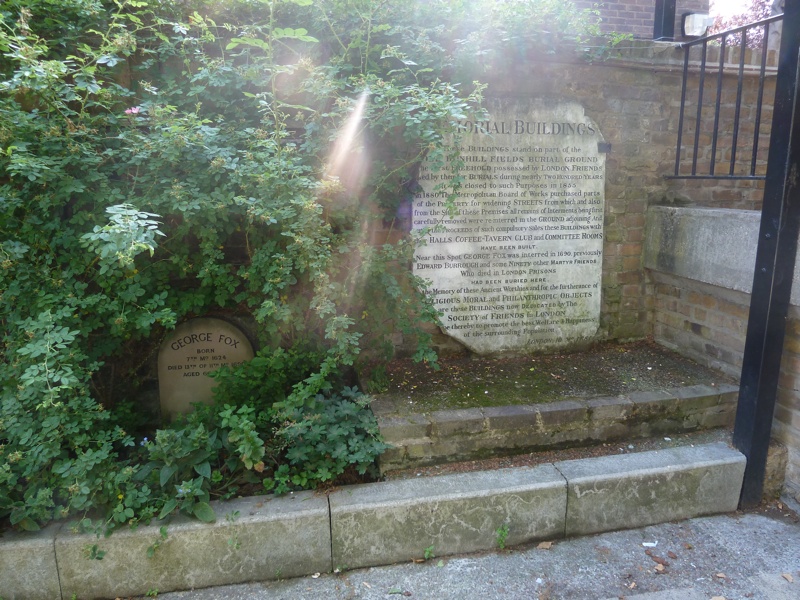 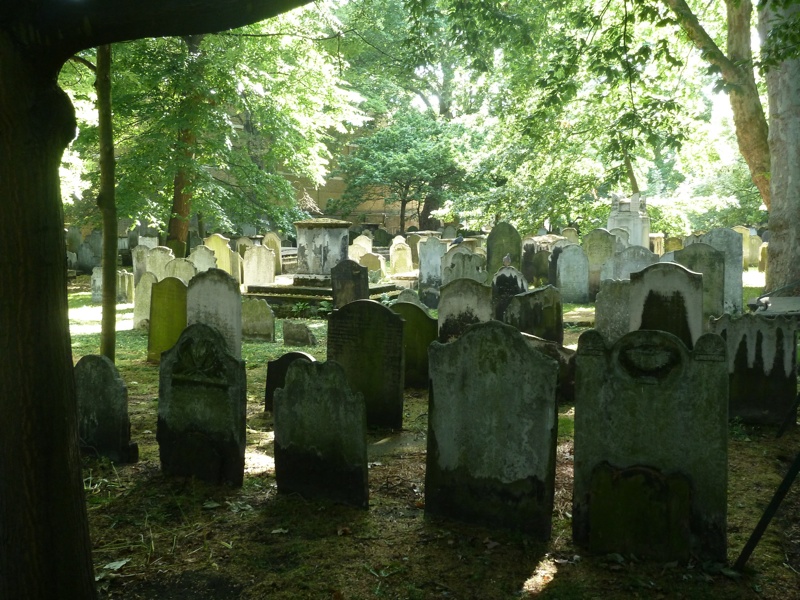 Bunhill Fields. Susannah Wesley is buried somewhere over there...