The one holy catholic and apostolic yeast extract

You either love it or hate it, they say. But now even the bands of those who love it will be split into two, by the release of Marmite XO (it stands for eXtra Old). This is mature Marmite, aged Marmite, the Marmite equivalent of vielles vignes. 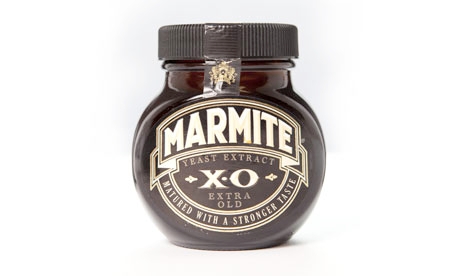 But now which Marmite should we Marmite lovers follow? The old Marmite or the new Marmite (although the new Marmite claims to be really older than the old one.) Because this is exactly what happens with all religions. It starts off with an ‘us’ and a ‘them’. And then some of us within the ‘us’, decide that the rest of ‘us’ are actually ‘them’. So those who are really ‘us’ form a new ‘us’. And we no longer talk to those who used to be ‘us’, because they’re not like… er… us. And, of course, like the Marmite XO, we claim to be the one true Marmite, the ancient Marmite, the kind of Marmite that the inventer of Marmite would eat were he physically with us today.

And it won’t stop there, you know, oh no. It won’t be just about the taste. Pretty soon there’ll be arguments about who’s got the better bottle, what kind of toast is the doctrinally orthodox kind and who has the more followers. And within Marmite XO itsef there will be more schism, because once you’ve split once, you’re more likely to do it again. There will be Marmite XXO and Marmite XXXO and Jurassic Marmite and Marmite Orthodox and Marmite Apostolic and Marmite Catholic.

Actually. I feel sort of hungry now. Anyone for toast?